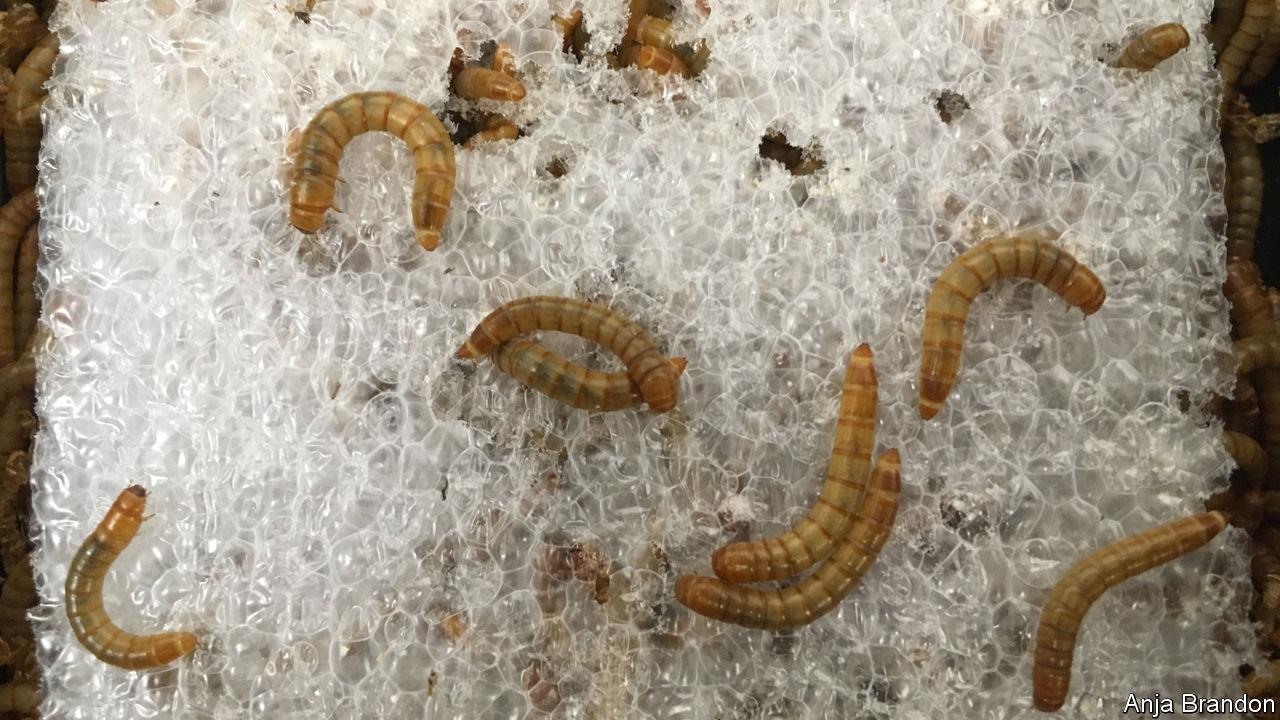 Could plastic-eating worms offer an alternative to recycling?

Growing concern about the damaging effects of plastic pollution both on the environment and on human health has researchers looking for alternatives to recycling, which alone may not be effective enough.

Researchers are starting to think laterally about the problem, and the hunt is on for creatures that can digest plastics – but faster than fungi and bacteria.  The Economist recently reported on a breakthrough finding that mealworms are able to consume plastics, according to a study in Environmental Science & Technology. It was found that mealworms have bacteria in their gut that can help to quickly break down polymers.  During a 32 day experiment where the worms were fed polyethylene and polystyrene (some mixed with wheat bran) – more than 90% of the worms survived.  It was also found that the chemical process in the gut of the worms converted 50% of the polystyrene and 45% of the plastics into carbon dioxide.

Jenna Jambeck, an environmental engineer who conducted a 2015 study on the topic found that nearly 19 billion pounds of plastic ends up in the ocean each year, and the number is expected to double by 2025. Plastic waste poses a threat to entire ecosystems, killing animals and putting human health at risk as microplastics make their way into the food chain.

Your waste has a value! That means that not only could you be saving money by knowing what waste you have, but you could potentially make money from your waste.

We offer a free waste audit for you to determine the value of your waste as well as how we can reduce your current waste to landfill.

Get your free waste audit